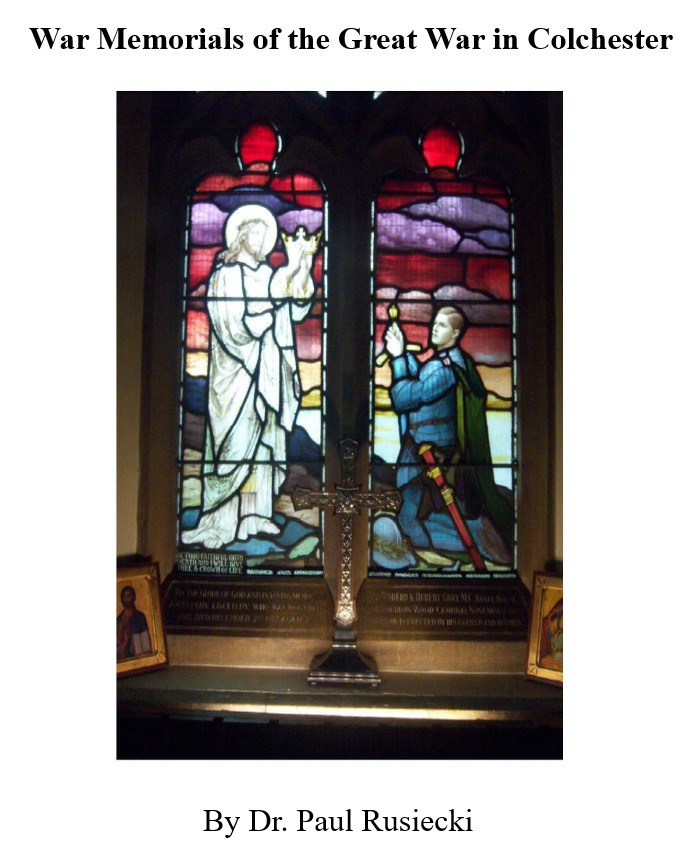 Colchester’s war memorials
In October 2017 Dr Paul Rusiecki was requested by the Colchester Civic Society to produce a survey of all the borough’s war memorials connected with the Great War, a survey that was to include photographs of them all to determine whether any required repair or refurbishment. The aim was to establish whether any of them required repairs and/or refurbishment during 2018, the centenary of the Armistice, and the year in which funding for such matters might reasonably be expected to end. We are pleased to report that none were found to be in need of repair.

This survey is now available on this website and can be found on the Publication Page.

A formal launch of the publication was held in the Civic Suite in Colchester Town Hall on Ist November. Dr Rusiecki (pictured below) gave a talk about Colchester’s Armistice Day Service – it’s rise, decline and rebirth. The event began with an address from  Rev Cole Maynard, recently retired Army Padre, now Minister at Colchester Baptist Church, he spoke briefly about the importance of remembrance and led us in a short prayer.

Also in attendance was The Mayor of Colchester, Cllr Peter Chillingworth, who spoke about work in schools to help children understand the horror and effects of WW1.  The event was also attended by Garrison Commander, Lt Col Steve Caldwell, High Steward Sir Bob Russell and the Mayoress. 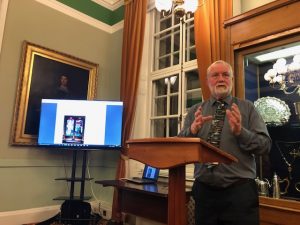 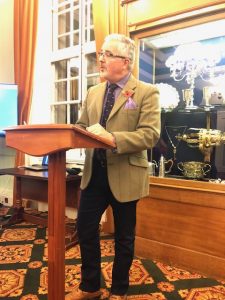 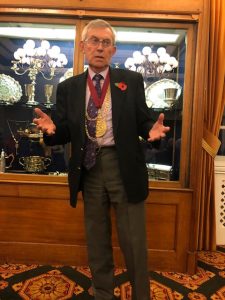 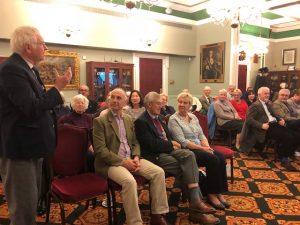 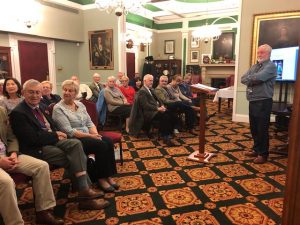