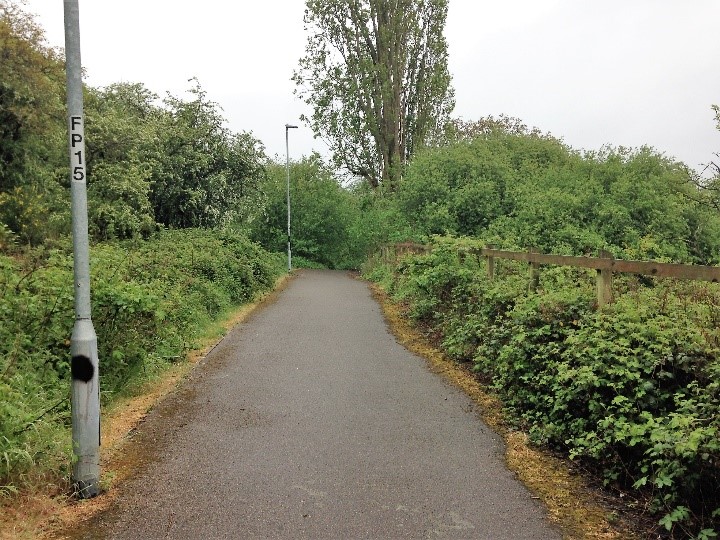 Public Right of Way 93 at the eastern end of Meander Mews, takes you alongside Cowdray Marsh Wildlife Site on a 2-metre wide tarmac footway between the River Colne and Cowdray Avenue. 300 metres on from where PROW 93 meets Cowdray Avenue, the footway ends abruptly at a piece of unregistered land approximately 100 metres wide, that separates it from a similar footway along the eastern boundary of the properties on Rouse Way. By linking up these two footways, a safe and convenient commuter cycling route to Colchester North Station would be created for residents of Fenwick Drive and Rouse Way; and for leisure cyclists, walkers and joggers it creates a great 2 to 2.5 km riverside loop. There are two main obstacles to completing the link: a) the landowner is unknown; and b) the land nearest the river is marshy and prone to flooding. The least expensive solution would be to improve a little-used path that follows a line of concrete posts above the marshy area. A more expensive option would be a boardwalk across the marshy area. A third much more expensive option would be a 2-metre wide matching tarmac footway. The second and third options have the important advantage of making the route accessible for disabled people.
On 26th August 2015 Essex County Council posted a notice on Rouse Way, close to the site of the missing link, explaining that the Council intended to undertake environmental survey work in connection with the possible construction of a cycle facility over the land – we are asking Essex Highways to find out if the survey was done and what was concluded. More recently, during the planning stage for the ongoing Ipswich Road to Harwich Road improvement works, Essex Highways discussed completing the missing link, but nothing made it into the final plan. In February 2018 Joe Hazelton (Essex Highways), John Baker (local councillor for the area) and Henry Spyvee (CCS) visited the site but nothing happened afterwards.
On 12th May 2020 we shared our ideas for completing the missing link with Colchester Borough Council’s Local Plan Committee. With the recent central Government award of GBP 10 million to ECC for immediate post Covid-19 cycling and walking infrastructure improvements, completing the path to nowhere could be a great opportunity for celebrating an immediate quick win – at least the footpath option for starters. Groups expressing interest in this proposal are CBC Countryside Team, Colchester Cycling Campaign, Colchester Ramblers and Walk Colchester. 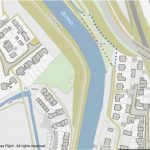 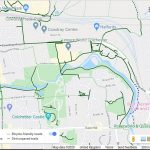 The missing link can be seen in the centre of the above map where the footway between Cowdray Avenue and the River Colne ends abruptly at the foot of a wooded embankment and a narrow strip of marshland. Approximately 100 meters south-east of this point is the Rouse Way footway running north-south, parallel to the river. 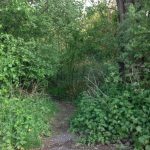 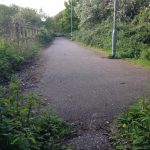