At the top of this page are links to information about our Society (if you are viewing on a phone or tablet click the button to reveal the list). Most importantly you will find pages dedicated to the work we do, the people involved and how you can join and support us.
Like the many Civic Societies that exist across the UK we aim to do what we can to help make our town a good place to live, work and visit. Our members monitor and comment on planning applications and the condition of our roads and buildings, we are actively engaged in heritage projects, tree planting, looking after our public footpaths and working to help keep the town tidy and well ordered. Recently we have been actively involved in objecting to the Alumno development, in contributing to the planning for the redevelopment of St. Botolph’s Roundabout and the restoration of the murals in the Southway underpasses. We also publish books and surveys and play a major part in Heritage Open Days. The erection of commemorative blue plaques is also an important part of our work and below you will find a link to our Plaque Trails.
We welcome new members regardless of whether or not they wish to become actively involved in our work. Simply contributing to our funds through the annual subscription is a great help in itself. In return members receive a twice yearly newsletter and the opportunity to join our outings and events. Single membership is £11 per year, joint membership is £16 and for businesses we offer a corporate membership at £40 per year.
A good way to gain some insight into our work is to attend one of our monthly meetings at Greyfriars Hotel (the first Monday in the month at 10am) where members bring a wide range of issues and concerns for discussion and our Chair Woman Jo Edwards reports on the ongoing work of the society and progress on recently raised issues. (PLEASE NOTE THESE MEETINGS HAVE BEEN SUSPENDED TEMPORARILY DURING THE COVID 19 PANDEMIC)
You can contact Jo direct by phone on 07771626561
For general and membership enquiries please contact us by using this email link – info@colchestercivicsociety.co.uk

Links to pages detailing the work we are engaged in and how to join us are available here: 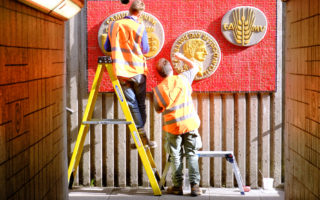 Click on the button below to see the full list of pages outlining the work we do. This includes Conservation Work (as shown in the photo above), Planning, Highways, Licensing, Eyes and Ears, Commemorative Plaques, Public Footpaths, Trees, Street Naming, Publications and Heritage Open Days 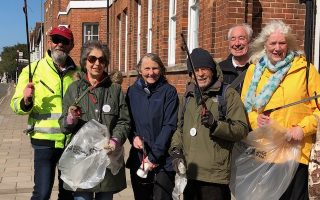 Becoming a member is simple and costs just £11 per year for a single membership, £16 for a couple and £40 for a Business membership.  Please join us.

This is a unique achievement created by members of our society with the help of Placecheck Online. Three Plaque Trails have been created for the town and can be followed using online maps on your mobile phone.
Each trail not only shows the position of many of Colchester’s plaques on a map, but also provides a photo for each one, along with comprehensive information about the person or place commemorated.
Follow this link for the plaques trails. When you have opened up a Trail, simply touch the blue dots in turn to bring up each plaque and accompanying information.

This link will take you to the Society’s plaque trails. At the present time we have three trails, Military & Wartime, Town Centre and the Out of Town Trail. 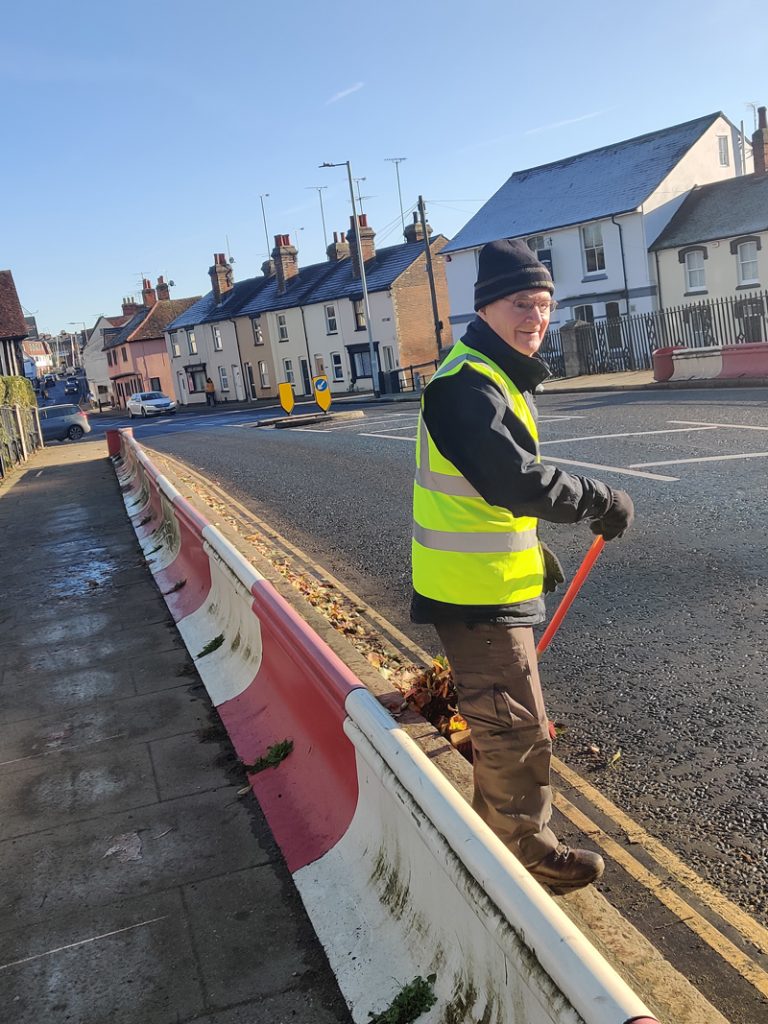 Six Society members joined the fifth Community Action Day organised by the CBC Neighbourhood team on 2nd November. We worked for three hours including a short coffee break, coffee provided by CBC. The work involved litter picking along North Station Road from Middleborough to the Albert Roundabout, including the area around the Riverside Hotel, Also, 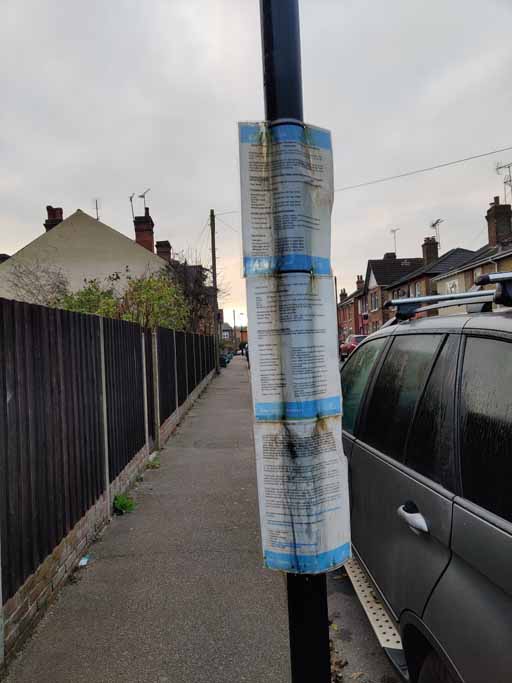 More outdated notices removed by the Eyes and Ears Team

Three more plastic ties have been added to our ever growing pile after we found ( and put out of their misery) these rather outdated statutory notice dated 23rd July 2020 announcing temporary ‘post lockdown traffic orders in St Paul’s Road. Why don’t they remove them? Members of the Society Eyes and Ears team 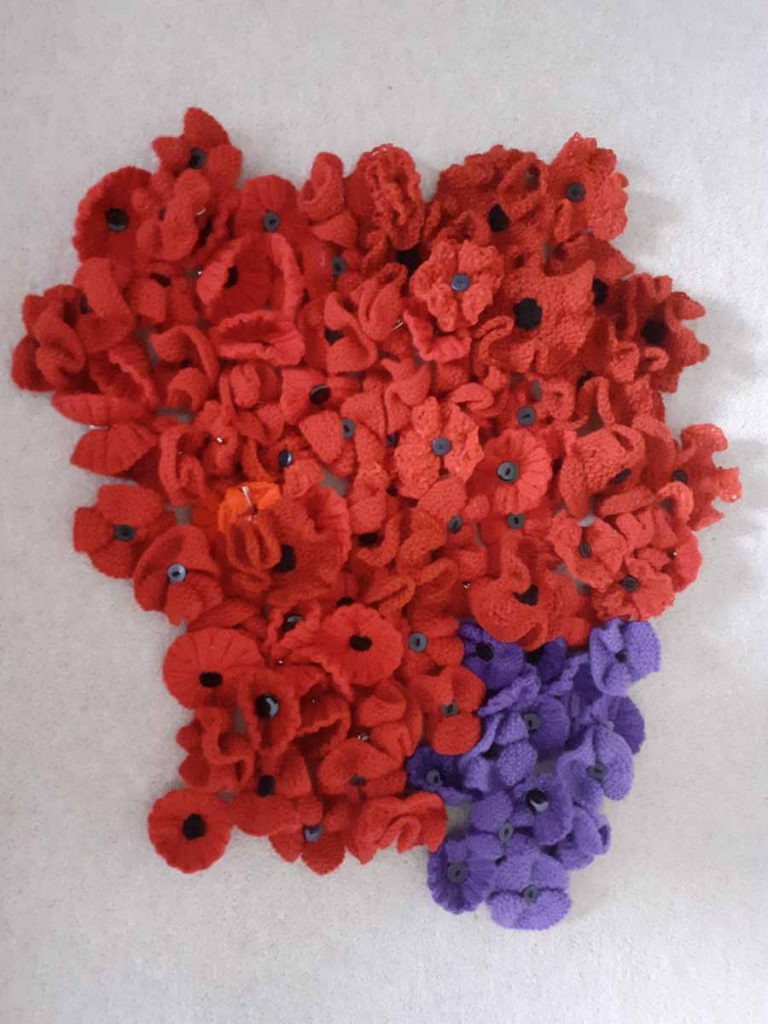 The British Legion was established in May 1921 and the Colchester branch in August of the same year. To commemorate the centenaries of the two organisations, The Society’s knitters set a target of 100 knitted poppies for volunteers to sell during the November poppy appeal. 130 were handed over and we intend to get clicking

The painting out of graffiti was postponed because of the threat of rain. However, six Society members collected 16 sacks of litter – and an abandoned carpet. A good morning’s work. We intend taking part in further Community Action Days 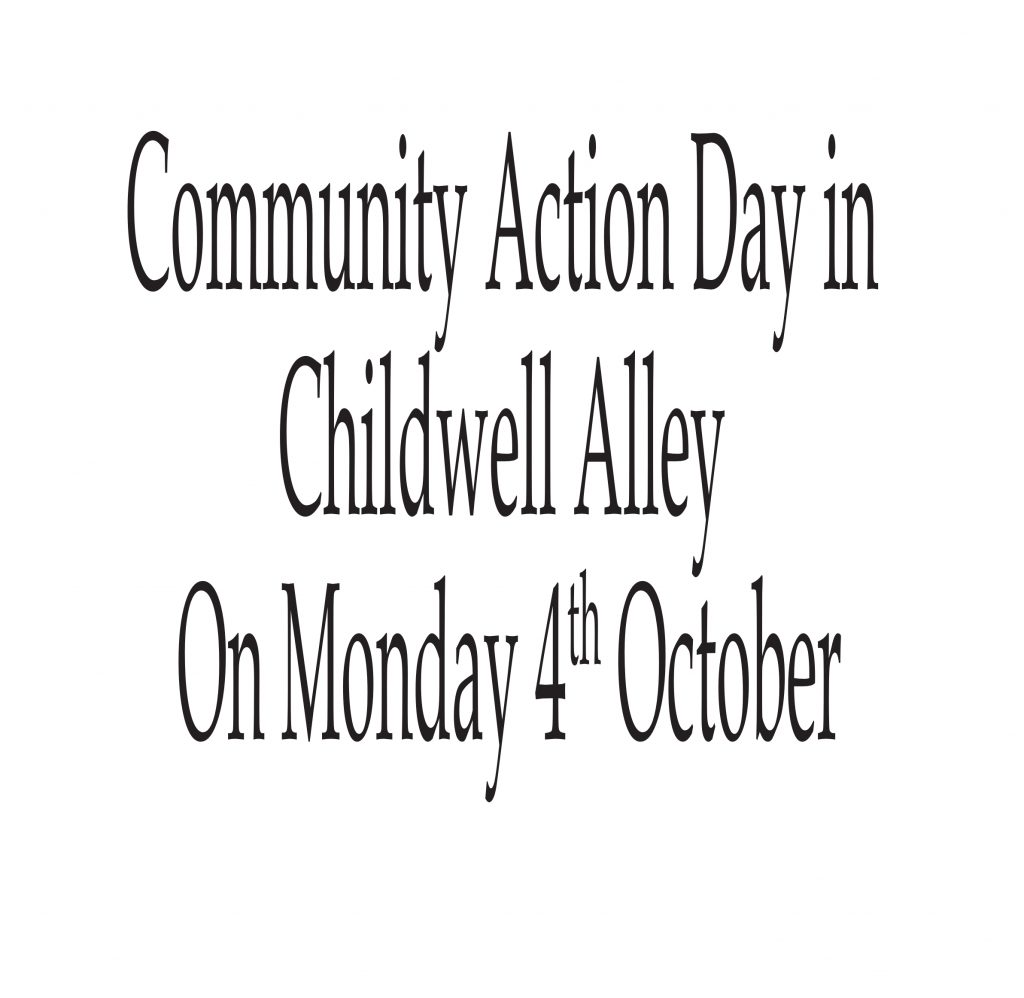 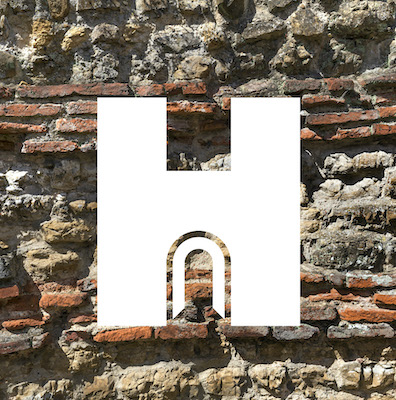 Heritage Open Day returns to Colchester for another popular pair of weekends between the 11th and 19th September 2021, when the doors to Colchester’s heritage attractions are flung open and residents and visitors alike are invited to explore the secrets and stories contained within. Highlights include a free open day at Colchester Castle, free guided tours